How to get rid of Red Lily Beetle

I found this beetle in my garden seven years ago and every year it's a challenge to see if I can keep them away from my lilies.
The only thing that works for me so far: 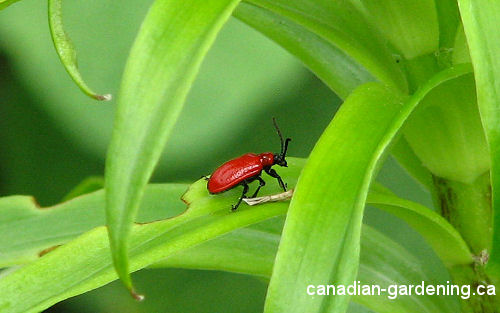 I have lilies in three places in my garden:
Backyard, Side yard and Front yard.
I have lily beetles in Backyard and Front yard and not on the Side yard.
Same lilies, same gardener and same soil.
I don't get it. :)
The side yard I keep it weed free and cultivate around the lilies often. The front garden is mulched. The back garden is mostly left to do it's own thing.

This year I only have a few beetles, but that's more than enough, considering that one adult female will bless me with more than 250 eggs for the season. 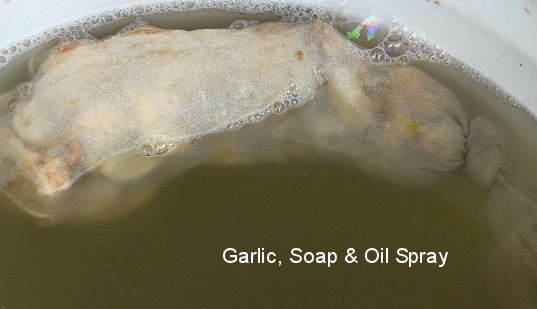 
Make sure you kill the lily beetle larva as well.
They are the ones that do the most damage, including eating the Lili flowers.
After the larvae ( orange ugly grubs with blackheads will take about 4-5 days to hatch) are finished gorging themselves they'll fall to the ground and pupate ( takes about 16-22 days ) then they will come back as full adult beetles. ;)

These beetles are not poisons and they won't bite.
When the beetles feel threatened they will make a high pitch sound (squeak).


To hand pick them:

I wear gloves and just stay calm and squash them. Index finger on beetle and thumb under the leaf where the beetle is.
Shaking the beetle in water also works, but sometimes they will fly off or drop to the ground.
This sounds like so much work just to save my lilies, but when they bless me with their gorgeous, fragrant blooms it all seems worth it. Until next year! I hope this helps and don't give up on your beautiful lilies. 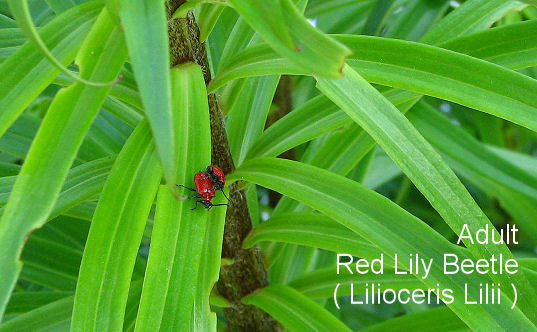 How I got rid of my
Red Lily Beetle. ( Lilioceris Lilii )

A couple years ago I noticed these bright red beetles on my lilies and left them alone and then the next day I couldn't believe how much they had eaten.
After that we were at war.
I hand picked them, squashed them and drowned them.
Then I got so frustrated that I just sprayed them with a bought insecticide. 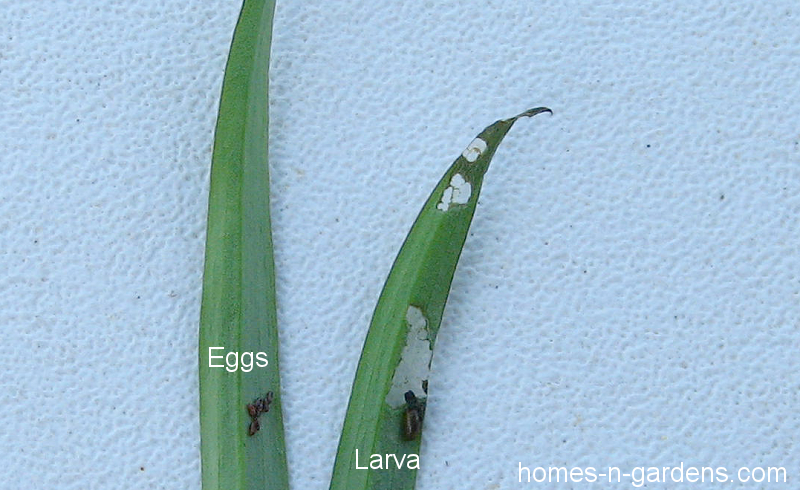 The adult female will lay her eggs in clusters under the lily leaves. First they look like orange dust and then they will darken. The larvae is orange with black heads. They are the ones that do the most damage and defoliate a lily plant in no time.

The Red Lily Beetle showed up in Montreal, Quebec in 1943 when they hitched a ride from Europe on Lily Bulbs . I noticed them in my yard about 12 years ago. Now, they are all across Canada. I don't think B.C. has them yet. Red Lily Beetles are good fliers and hard to catch. Any sign of motion, the Red Lily Beetle will either fly off or drop to the soil on its backs. The underside of the Lily Beetle is black and so it's hard to find them.

This year they are back again - 2013.
I was in the garden inspecting my irises with a small bowl of sunflower oil looking for the iris borer when I found a red lily beetle.
So, I give him a teaspoon of oil as well. The beetle died instantly.
"Na..it can't be". So, I found another one and the same thing.
I thought the oil would gum up their wings but not kill them. 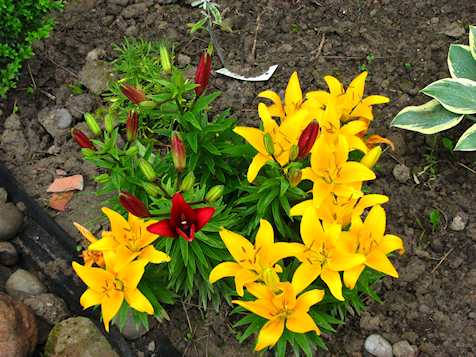 That evening I mentioned my Science experiment to my husband and he said "that I must have blocked their oxygen intake and they're dying right away because they're suffocating".

So, does that mean that I can finally get rid of these greedy little red devils with cooking oil or mineral oil and a sprayer?
Anyone else tried this?
I heard Neem oil works as well, but I can't find any.
Garden "Raid" works, but I would rather not use it.


Here is what I'm going to do.
I have to dilute or disperse the oil, so I can spray it on the beetles and not kill my plants.
I am going to find a spray bottle
Add 1 cup of cooking oil - mineral oil will also work, but I didn't have any.
1/4 cup of dish washing liquid soap
Fill the spray bottle with warm water
Shake it

I did try something similar yesterday, but normally I don't measure anything. :)
I filled a spray bottle with water, added some oil, dish liquid soap and shook it.

When I sprayed the red lily beetle, it did die, but not as quickly.
I will check tomorrow to see if it also killed the larva.
At the moment I am between houses, so I can only check on my science experiments every couple of days. :)

I will keep adjusting this recipe until I find the one that works for me.
If you use it and find a happy medium recipe, please share with me. :)

July 6, 2013:
Today most of my lilies are in bloom!  Checked for red lily beetles and I didn't find any.
I think the combination of moving my lilies to a sunnier location and being consistent with hand picking of the larva and the beetles; worked for me.
The spray concoction works, but it's just as easy to hand pick them and drop them in soapy water. I like wearing garden gloves for this job. :)
Good luck with yours!

The Red lily beetles are back with a vengeance.
They must be attracted to the lily smell, because the red beetles are not picking on anything else.
If it's the smell that they are attracted to, I'm going to spray my lilies with a garlic or onion spray. Let you know if that works.

Well - the red lily beetles are gone.
So far this works better than anything I've tried for the last couple of years.

I didn't have fresh garlic so, I used garlic powder.
1/4 cup of garlic powder one litre of water.
I let the mixture sit in the sun for a couple of days
and then I just poured the garlic solution in a squirt bottle.

I squirted the whole plant including the soil around the plant and under the leaves.

The left-over garlic residue - I poured more water over it and let it sit in the sun again. Just in case I needed to re-apply the garlic spray.
For a squirt bottle; I just used an empty dishwashing liquid soap bottle, salad dressing bottles etc. would also work. That way I didn't have to strain or filter the mixture before using it. For easy pouring in the squirt bottle; I poured the mixture in a measuring cup with a spout and then in the squirt bottle.
This is a month later and I can't find any red lily beetles around. I was getting ready to re-spray my lilies after it rained and I didn't need to.

If you would rather use fresh garlic - just use a whole head of garlic - break apart the cloves.
Smash the garlic with the side of a large knife blade. Don't need to peel the garlic for this.
In a jar pour a litre of water and the mashed garlic and let it sit for a day or two.


The stronger the garlic infusion, the better it works. Strain the solution, pour in a spray bottle and just spray away.
Hope it works for you as well!